MC-SQLR lets clients identify the database instance with which they are attempting to communicate when connecting to a database server or cluster with multiple database instances. Each time a client needs to obtain information on configured MS SQL servers on the network, the SQL Resolution Protocol can be used. The server responds to the client with a list of instances.

Attackers abuse SQL servers by executing scripted requests and spoofing the source of the query with the IP address of the intended target. Depending on the number of instances present in the abused SQL server, the amplification factor varies.

The attack presents a specific payload signature, producing an amplification factor of nearly 25x. In this case, the attacker’s request totaled 29 bytes, including IP and UDP headers, and triggered a response of 719 bytes including headers. Some servers may produce a larger or smaller response depending on their configuration.

In this section, we show how to check a host for an openly accessible service. All tests are performed using tools commonly included with standard Linux/Unix distributions. To verify the service is openly accessible from the Internet, the test should not be run on the host itself or the local network but instead from a different node on the Internet, for example a host on a cable/DSL line. In all examples, replace 95.141.xx.xx with the IP address of the host to check.

To check if an MSSQL browser service is openly accessible from the Internet, connect to the MS-SQL server using ‘netcat’ as follows:

An openly accessible MSSQL browser service will return a response like this:

If the MSSQL browser service is not needed, disable it. Otherwise, restrict access to trusted clients, for example by blocking incoming connections to port 1434/udp on the firewall.

If you’re a victim of this amplification you need to contact your provider to get protected because is volumetric DDoS and your uplink maybe will not be enough to absorb it.

SeFlow Customers are already protected, we block this kind of attacks on our backbone and you will not receive packets. 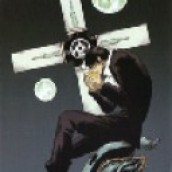 A web-designer, coder, shark fighter and an MI6 agent, in her free time Jennifer writes for our incredible Wordpress-related blog and occasionally sings in public!

" A good Wordpress Theme differs from a bad one by 1 measure - and it is..." George Washington

With Storage MyCore VPS you have storage spave with full root access. This solution is perfect to store your Backups and store your data in Cloud.